Meet the Team that makes it all possible

At Green Mountain Painters, we like to think we are a different kind of painting company; one that is dedicated to a core set of values and loyal to our founding principles. Each member of our crew believes in the mission - to Paint Smarter every day, to continuously elevate the standards of the painting industry, and to deliver unparalleled quality, value and customer service on every job we do. 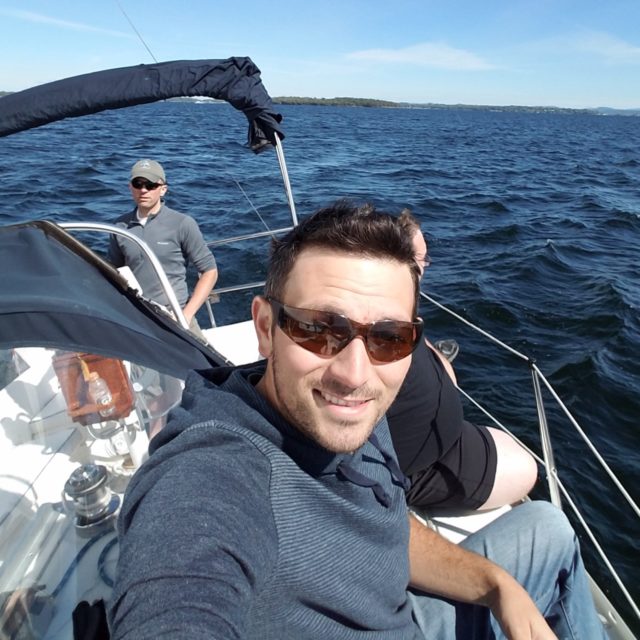 A born & raised Vermonter, Tyler grew up in the small town of Waterville. After attending the University of Vermont and earning a Bachelor of Science In Business Administration, he simply couldn’t bring himself to settle for life in a cubicle, so he ventured out on his own and started Green Mountain Painters with his long-time friend Blake. They figured if they could do 17 Years of school together, why not start a business together!

Today, Tyler owns a home in Underhill and spends most of his spare time with his family, basking in the joy of raising a daughter with his wife Mariann, and enjoying the wonderful quality of life that living in Vermont affords.

In the winters when the workload of running a painting company lightens up, Tyler enjoys working on his home undertaking ambitious building & remodeling projects, sending routes at the local climbing gym, and touring on his splitboard. 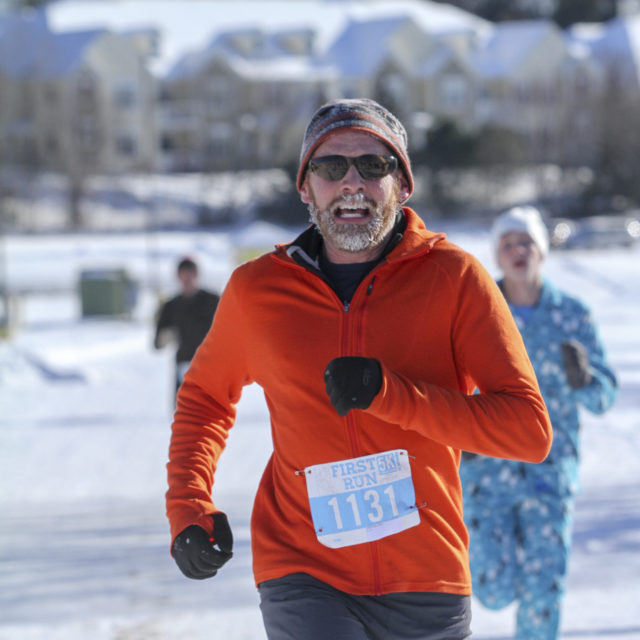 Blake was born and raised in Waterville Vermont. He attended Lamoille Valley Union High School and the University of Vermont, where he majored in Economics. Outside of a short time in Boston, Blake has been a lifelong Vermonter and loves everything the little state has to offer.

Blake and Tyler co-founded Green Mountain Painters when they graduated college in 2005, seeking an opportunity to start their own business, work outside, and improve customer outcomes in a stagnant industry.

Blake currently owns a home in Winooski and loves living in “The Brooklyn of Burlington”.

Outside of co-operating Green Mountain Painters, Blake’s primary summer activity is a deep passion for running and is currently training for a wide variety of races including 2 at the marathon distance. 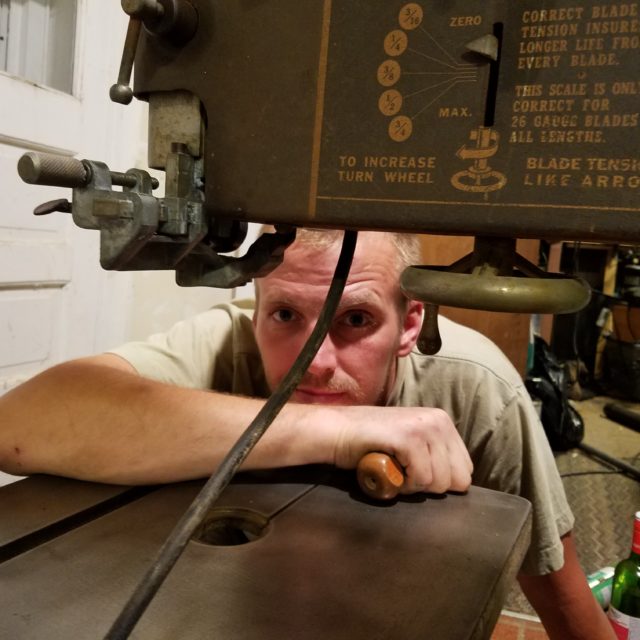 Eric grew up in Vermont and has spent most of his life here. As a former downhill ski racer, he was able to travel around the world to train and race in Europe and South America before finally settling down close to home.

Eric has been involved with Green Mountain Painters for most of the company’s existence. Having absorbed massive amounts of carpentry knowledge and skills from his Building Contractor father as he grew up, Eric quickly learned the painting trade and almost immediately became an irreplaceable member of the team. His vast and impressive set of skills and talents have allowed him to play a variety of evolving roles in the company over the years, and he now operates as the Lead Carpenter (or “House Surgeon”, as some would call him).

Being a part of Green Mountain Painters allows Eric to spend his winters traveling, vacationing, and pursuing a multitude of hobbies and interests. Some sports he currently enjoys are Skiing, Hockey, Kite Boarding, Rock Climbing, Hiking and Biking. Many other interests/hobbies include woodworking, home brewing, rebuilding vintage tools, and café motorcycles. Eric’s interests do not end there as he delves into many different things that pique his interest. Ask him what he is working on currently; the list is most likely quite long indeed!

Eric is now living in Burlington with his girlfriend Cait, and enjoys spending time outdoors with his black lab Tussey. 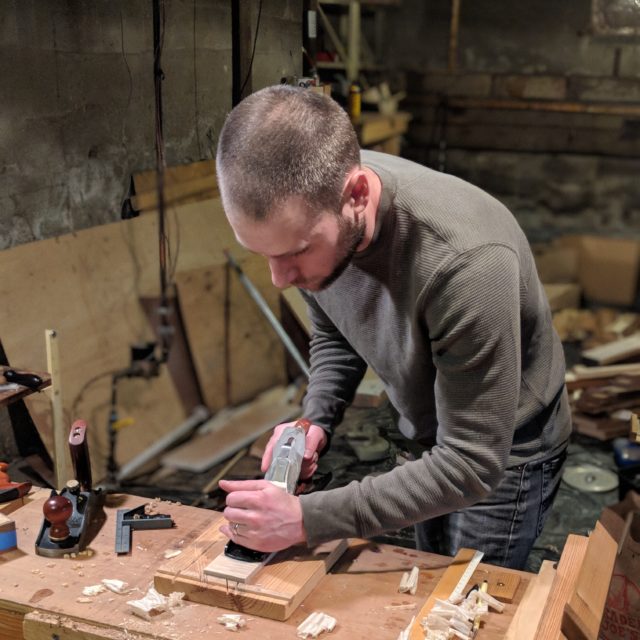 Jason was one of the first GMP employees over 10 years ago and worked as a Paint Crew Member while he was attending CCV and applying to colleges. Since that time he’s completed a Bachelor’s degree in International Relations and Russian Language and has lived in Russia and Ukraine for nearly two years. After a successful career in software sales living in New York CIty, Jason has returned to Vermont to build his own woodworking business.

His current role as Special Projects Manager for Green Mountain Painters during the busy summer months gives him the 6 months of winter to focus solely on building his own business & brand, with some international travel sprinkled in.

Jason loves the Vermont lifestyle and spends his free time hiking, enjoying the outdoors, and logging and sawing his own lumber for woodworking. This summer he will be taking a 22 week intensive gardening course with his wife Sara.

Need a handmade gift or a commissioned piece of furniture? Check out Jason’s work at his instagram Page. 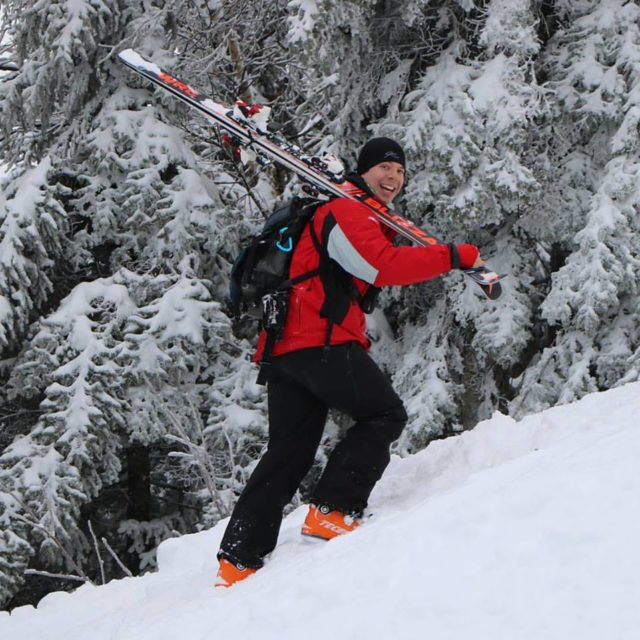 Ben started working for Green Mountain Painters when he was a junior at Champlain College. After attaining a Business Management degree Ben began taking on more responsibility within GMP. With several seasons of on the job training under his belt, Ben was promoted to crew foreman and is now a project manager. This is Ben’s 11th year working with GMP.

During the winter months Ben loves to teach skiing at Stowe Mountain Resort. He has truly embraced the “paint to ski” lifestyle. Ben was recently accepted into the Professional Ski Instructors of America Eastern Development Team; an organization focused on advancing ski instruction all over the east coast.

“Working with GMP has enabled me to pursue my passion for skiing and ski instruction.” –Ben 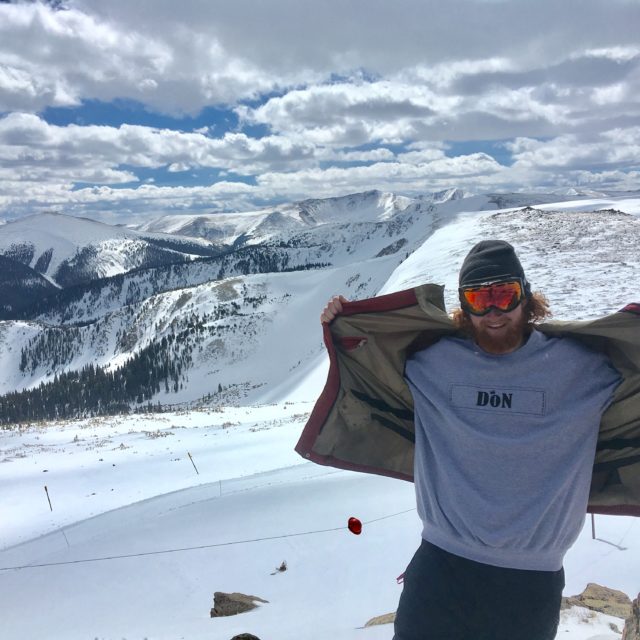 Dillon grew up in the MA coastal town of Marblehead MA, moving to Vermont in 2010 to pursue a degree in entrepreneurship and marketing at the University of Vermont. Spending college summers in Burlington, Dillon joined the GMP crew in 2013. After graduating in 2014 Dillon shifted into a full time position. Completing five seasons with the company has allowed him the time to hone trade skills and shift into the Crew Foreman & Site Manager roles the past few seasons.

When not painting, Dillon stays busy pouring beers and making pizza at Mr. Mikes in Burlington VT, yet you are most likely to find him at local mountains like Sugarbush or Smugglers Notch. The off-season presents plenty of time for him to travel around snowboarding, seeing music, and hanging with friends and family. 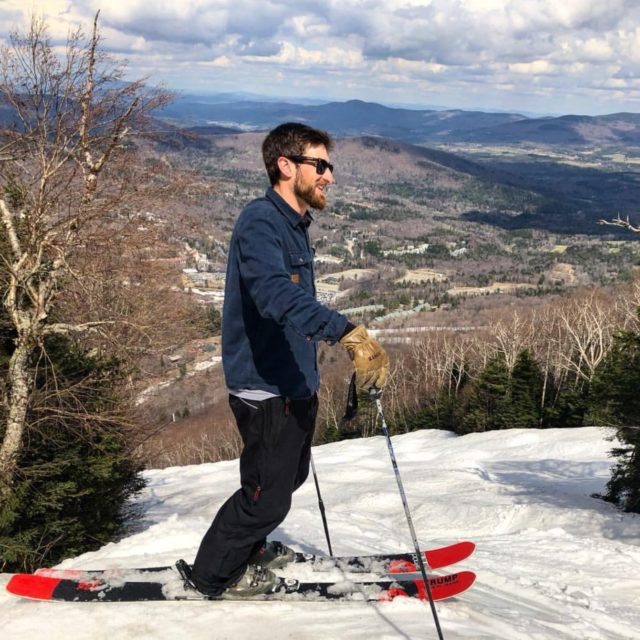 Born and raised in New Jersey, Victor moved to Vermont to attend Champlain College where he majored in Environmental Policy. Victor has been with Green Mountain Painters for three years now which allows him to chase the snow all winter.

Victor can be found at Sugarbush Resort in the winter where he works as a Snowmaker and skis as much as possible. On his days off in the summer, Victor is often kayaking on Lake Champlain or hiking in the mountains. 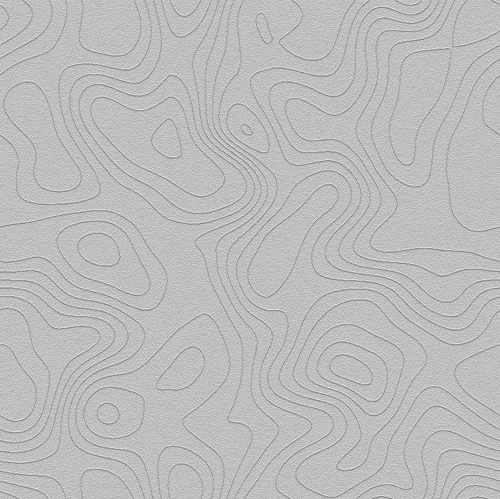 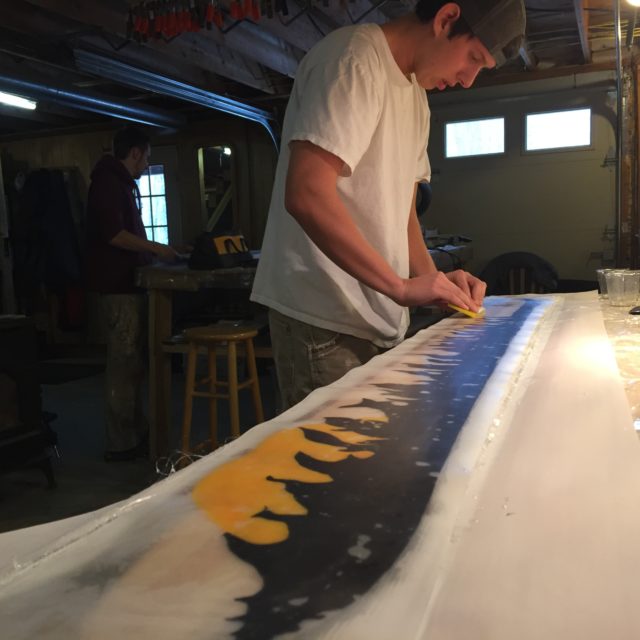 Mitchell is a junior at Northern Vermont University studying business administrating with an accounting concentration. He has been painting houses with Green Mountain Painters for three years. He is a native Vermonter who loves to spend time outdoors all year round.

On his summer days off, Mitchell golfs and hikes as much as possible. In the winter, he is a die hard skier and enjoys shredding Smugglers Notch along with exploring Vermont’s back country. Mitchell boasts about skiing 100 days every ski season.

Between school, skiing, and painting, Mitchell builds his own skis in his mother’s basement and has started his own company called Mom’s Basement Custom Skis. Check him out on Facebook and Instagram. 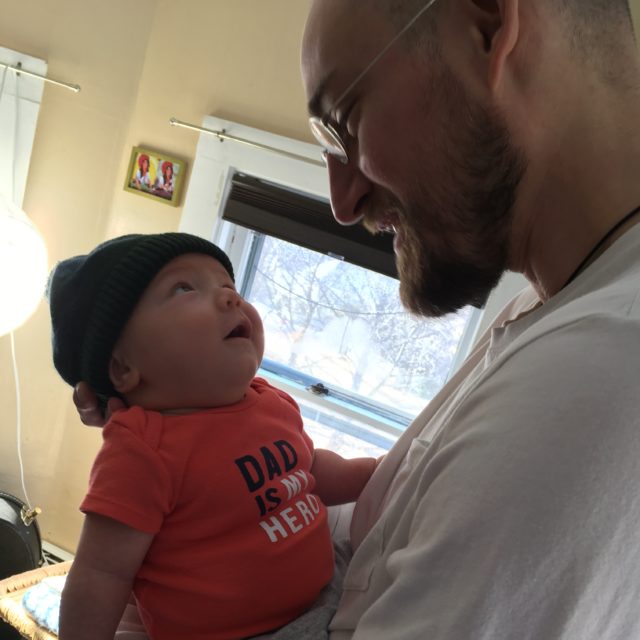 Harry grew up outside of New York City and got his bachelor’s degree from the University of Southern California. After moving back to NY he spent his time as a musician and actor while working odd jobs to sustain his artistic pursuits.

After moving to Burlington in the winter of 2018 Harry quickly found a home in his favorite part of the country. Working with Green Mountain Painters allows him the balanced lifestyle he’s been seeking for years. After his first season painting in the beautiful Vermont air, Harry is steadily finding his footing in the local arts community. He has performed at the Flynn Space with his silent film project called LLAMADOLL, as well as solo shows at other venues in Burlington.

Finally, he is working on the best project of all; his new family. Harry and his wife Tess have just a welcomed a baby boy, Geo, in December 2018.

Born and raised in Maine, Dan finished a master’s in Community Planning and Development at the University of Southern Maine before moving out west for a few years where he worked in sustainable food systems and food insecurity.

More recently, Dan moved back east to Vermont to be a good uncle. Since coming back to New England, he has been soaking up the sun with brush in hand at Green Mountain Painters for two summer seasons.

During the off-seasons, Dan has been working towards re-establishing himself as a high school teacher and a woodworking hobbyist.